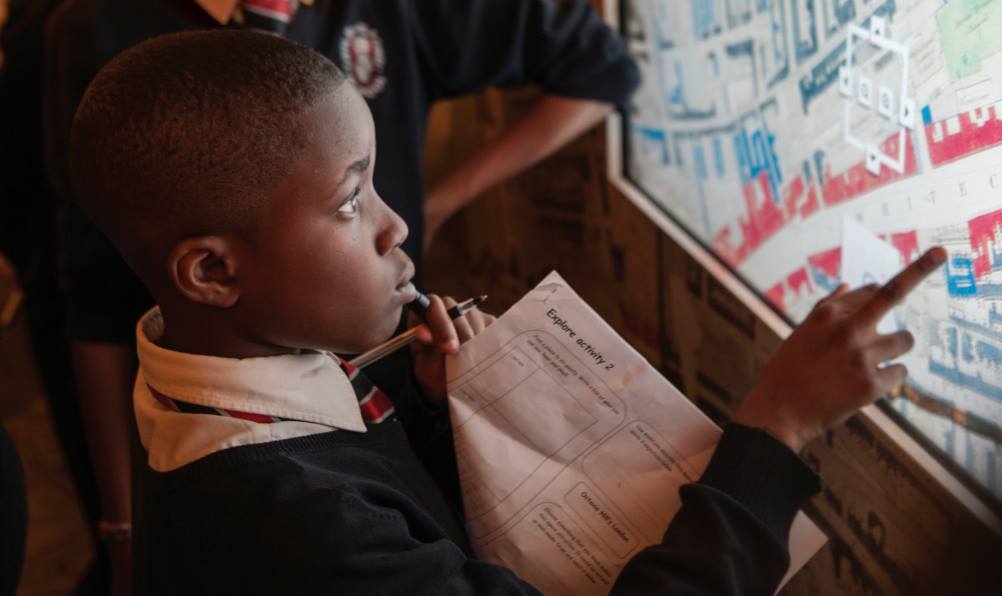 The international creative think-tank BE OPEN Foundation continues to support cutting-edge educational initiatives in London. Partnering with the Mayor’s Fund for London and the Greater London Authority, the Foundation will be lending its expertise and support to ‘London Curriculum’ – a unique and ambitious project, set to revitalize teaching and learning across the city.

‘London Curriculum’ is as much of an education initiative as it is a celebration of London’s bountiful cultural landscape. At the core of the project is a belief in the essential uniqueness of the UK capital as an unrivalled hub of cultural, artistic and historical dynamism. Tailor-made specifically for primary school children, and spanning a range of arts and science disciplines, this programme aims to reinvigorate core academic subjects with a refreshingly local dimension; London itself will serve as a vehicle of discovery.

From Victorian bridge building, through to sustainable urban planning and even portrait painting, children will learn about engineering, geography and art – each subject, in its own way, reverting back to London as its source of inspiration. Not only will this afford children the perspective to approach unfamiliar subjects through a familiar point of reference, it will also enrich their knowledge and appreciation for the global significance of their home city.

The school initiative itself will be complemented by the ‘London Curriculum Festival’, aimed at thanking the 30 schools who have already signed up to take part in the pilot phase of the scheme, as well as publically showcasing the excellent work that will have been achieved. This will be an all-day celebratory event within the annual Thames Festival, set in the environs of City Hall and offering a manifold array of entertaining educational activities – a testament to the eternal living and breathing classroom that is London itself.

The innovative spirit of the ‘London Curriculum’ project is characteristic of the BE OPEN Foundation’s ethos. In the words of BE OPEN’s founder, the philanthropist and businesswoman Elena Baturina, the Foundation’s goals can best be summed up in two words: ‘explore’ and ‘stimulate’. She says, “In today’s increasingly globalised and interconnected world, it is all the more important for children to understand the provenance of the varied cultural values that define human society, as well as the influence that such truly global cities as London have had in shaping them”.

Matthew Patten, Chief Executive of the Mayor’s Fund for London said: “We are delighted to be part of this brilliant collaboration which will help so many young Londoners interact not just with London and the world, but also within their communities and neighbourhoods.”

Assembly Member Jennette Arnold said: “I can’t think of a better way to stimulate a young person’s curiosity than through the city itself. The London Curriculum tells the story of London; it introduces our children to their great city and gets them excited and engaged through what it has to offer them.”

BE OPEN’s ultimate aim is to encourage younger generations to think globally, by learning to approach the world with an informed, open and universal outlook. Over the years, the Foundation has implemented a variety of projects aimed at bringing people together, promoting freedom of thought, and promoting people and ideas able to make a positive change.

With the success of ‘London Curriculum’, its developers hope eventually to extend this initiative to other cities in Britain and further on to some of the many great metropolises of the world, so that more and more children can benefit from the invaluable access to all the intellectual and cultural treasures that their cities can offer.