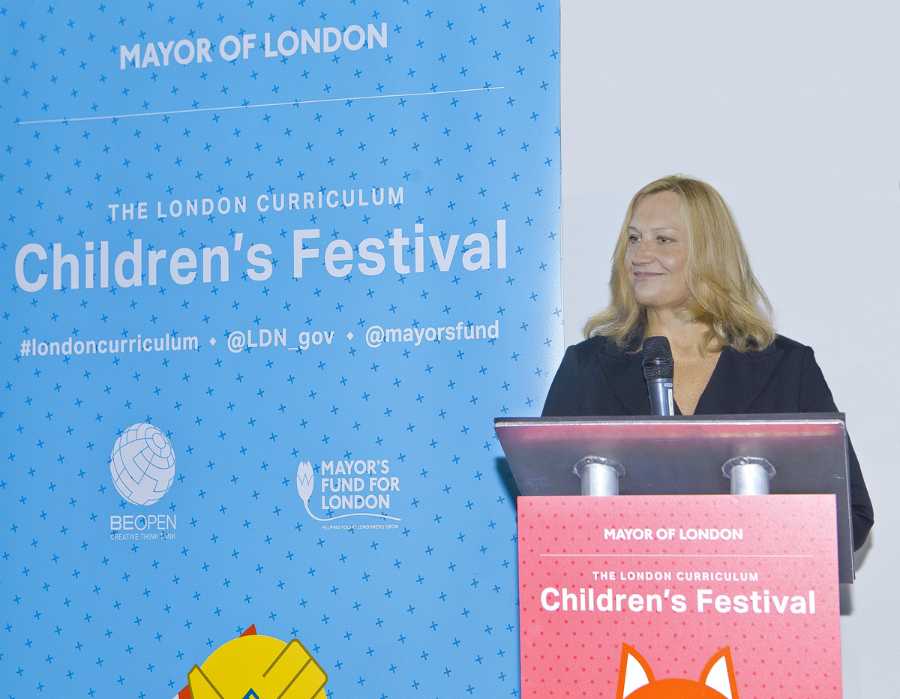 London is set to become a giant classroom for the capital’s primary school children, thanks to a major new initiative being launched by the Mayor, Sadiq Khan and supported by Elena Baturina’s BE OPEN Foundation.

More than 1,800 primary schools across all 33 London boroughs will have the opportunity to bring learning to life, inspired by London’s people, places and heritage, in everything from history and poetry to science and art as part of the new ‘Going Underground’ unit on the London Curriculum. This is the first time primary school pupils in the capital will have access to the Mayor’s London Curriculum, which has only been available to secondary school pupils.

Inspired by the secrets of underground London, the first London Curriculum teaching resources for primary school children will explore hidden rivers, dungeons, secret war time bunkers and Roman houses, as well as the London Underground’s innovative art and poetry programmes. Schools will be given access to a brand new suite of resources and opportunities, including trips to the Houses of Parliament, the Natural History Museum and Guildhall Art Gallery and Amphitheatre.

The Mayor officially launched the new London Curriculum for primary schools at the London Curriculum Festival, which saw hundreds of pupils hitting the banks of the Thames and Potters Field, near City Hall, to get a taste of what the curriculum has to offer.

Sadiq was joined by the international philanthropist and entrepreneur Elena Baturina, whose BE OPEN Foundation has supported the festival and the roll-out of the programme, which is also supported by the Mayor’s Fund for London – the Mayor’s social mobility charity.

Sadiq Khan said:  “I’m delighted that thousands of primary school pupils from all parts of the capital will have the opportunity to enrich their education through London’s cultural gems and rich heritage.
“Our history and culture is a truly global one, so what better way for primary school children to learn, than directly from London’s museums, art galleries and other fascinating institutions. Huge thanks to Elena Baturina and BE OPEN – their incredible support for the London Curriculum truly shows that London is open, as ever, to ideas from around the world.”

Elena Baturina, philanthropist and BE OPEN founder said: “BE OPEN is delighted to be involved with this exciting and important initiative from the Mayor of London and the Mayor’s Fund for London. Sharing the capital’s vast cultural wealth with those who might not otherwise have access to it will not only enrich young people’s lives at the important primary school stage and encourage their creativity; but also, through engagement, help motivate a new generation of creatives and entrepreneurs to help secure the city’s future in an increasingly open and interconnected world.
“BE OPEN is an international organisation, and London is the most cosmopolitan and open of cities, so we see our involvement with this initiative as both timely and relevant.”