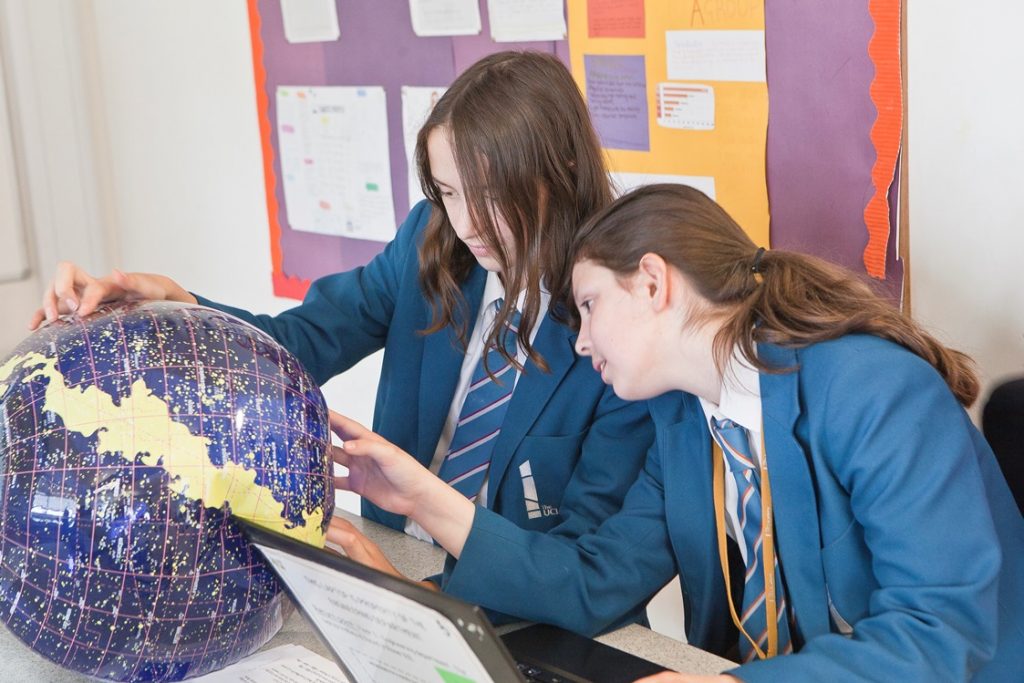 Pupils at the Hammersmith Academy and the UCL Academy looked to the stars by taking part in educational initiative ‘Discovery in a Week’. The initiative brought together PHD astronomy students from University College London with pupils from these two London secondary schools during the summer term.

The young astronomers enhanced their theoretical knowledge and made real astronomic discoveries by finding and registering stars with an international index. The programme was made possible thanks to the Russian philanthropic foundation ‘Noosphere’ in partnership with the Mayor’s Fund for London, and with support from the BE OPEN foundation.

Pupils at Hammersmith Academy analysed pictures produced by a powerful telescope in Australia. They discovered four stars in the Centaurus constellation and recorded them in the International Variable Star Index – all four are classified as W Ursae Majoris eclipsing binary variable stars. Pupils at the UCL Academy discovered 5 new variable stars in the Libra constellation, and their findings will be registered soon.

Elena Baturina, Founder of ‘Noosphere’, said: “We are very grateful to the schools for piloting the Discovery project, and to the kids for being so great at it. Their openness to new knowledge and passion for discoveries is what we have always sought to encourage in younger generations. Appreciation of the universal scientific and creative principles can unite people from all parts of the world, foster mutual respect and protect us from future conflicts.”

Since 2008, ‘Noosphere’ has successfully conducted its educational projects across a range of schools in Russia, India, Israel, Bulgaria, Romania and Austria.

Matthew Patten, Chief Executive of the Mayor’s Fund for London, said: “Discovery within a Week is a pioneering science initiative which aims to introduce young people from disadvantaged areas of London to the fascinating world of astronomy. Our partnership with Elena Baturina and her “Noosphere” and BE OPEN Foundations enabled us to launch and continue an important pilot which provides students with astronomical experiences and even make discoveries of their own.”

With the onset of the new academic year more schools set to join up the ‘Discovery in a Week’ initiative. The aim is to continue to extend the scope of this initiative to a broader range of London schools over the next few years.