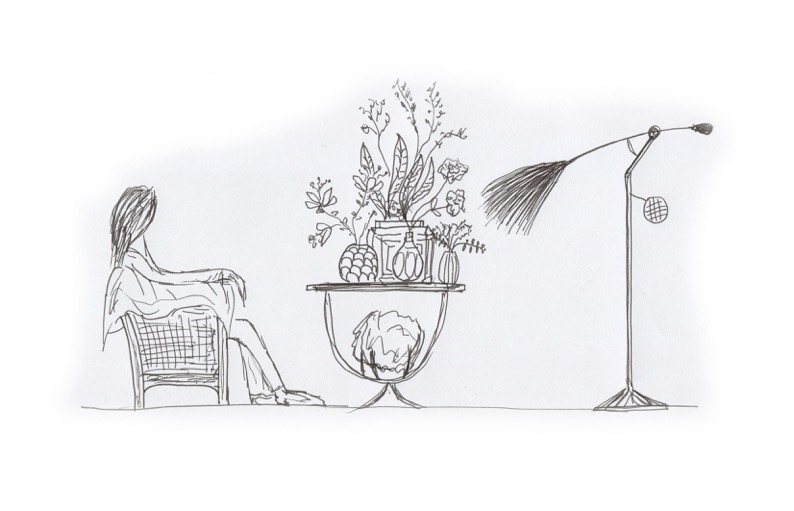 BE OPEN, the international foundation which operates in the field of design and creativity, has chosen theBotanical Garden of Brera as the amazing background of a sophisticated interdisciplinary project whose central theme is perfume.

Boontje found his inspiration in the bohemian roots of the company creating an early ‘900 set up called Scent and Psyche. The starting point of his work is the great vitality of Prague in those years and its tight relations with the major European capitals:  the new century was welcomed by Art Nouveau, the Vienna Secession was blooming and intellectual life was buoyant in the cafés. Modern ideas changed the way the world was perceived. One of the main agents of change was Sigmund Freud’s radical new understanding of the human psychology.

And Freud’s studio is exactly where the visitor will end up in; in Boontje’s words “As in Sigmund Freud’s office, we find a sofa and an armchair both partially exposed to show the wooden construction that is normally hidden inside the furniture; alongside rugs with symbolic patterns related to Bohemian culture as well as depicting aromatic plants. Plant pots and vases are exquisitely delicate, as if these were flacons made by a perfumery.”.

The perfume is, in this set up, a dynamic, living system. Silent fans gently wave the air through a collection of aromatic plants, creating a subtly scented environment. The fans are a hybrid between a machine and natural leaf-like shapes

Piero Lissoni’s idea is developed around the title Lundborg and the laboratory of a “nose”: the centre of the set up is a perfume lab sculpture made of stills, ampoules, vases with black orchids and hanging plants, chemical glasses in huge proportions so to evoke the story of the brand and the working place where  John Marlie Lundborg created his famous Violette Flor in 1860. The room is then covered with two big and light bookshelves with backlight panels to enhance the shapes of the bottles.

Lissoni explains: “The room is filled with  700 bottles in 4 different vesrions; these have all been made specifically for the exhibition taking the inspiration from the brands’s most famous ones and produced just like in the old days”.

The two installations above mentioned, together with the ones by Fernando and Humberto Campana, Dimore Studio, Front, Jaime Hayon, Jean-Marie Massaud and Nendo  will be within a diffused museum created by Ferruccio Laviani.