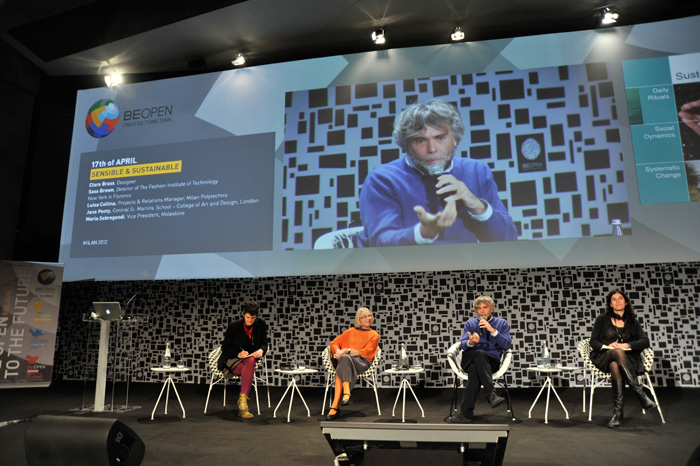 Everyone operating in the worlds of architecture, design and technology knows that the world has changed since 2008, but the job of identifying and describing exactly how is only just beginning to happen. It was the contention of the convener of the first BE OPEN conference, Francesco Morace, that three new relationships in the world of design had undergone a huge and important shift. Morace suggests that a fundamental realignment in thinking has occurred in over the issue of sustainability, the idea of happiness and perhaps most fundamentally the relationship between the local and the universal. These theories were tested by the inquiring minds of some of the leading figures in the design world.

Claire Brass, formerly of the Design Council in the UK and now of the SEED Foundation outlined her project Food Loop, which is a design-led social enterprise that offers local authorities a blueprint system for localised composting of biodegradable waste on housing estates. Her vision of how food waste could be turned into compost and how it could become a product in a token based economy, formalising the existing relationships enjoyed by allotment owners and gardeners into a complex bartering system. Certainly if Morace’s theory that this is a crucial paradigm in our lives, then a great deal of work on creating an alternative economy needs to still be done.

Other contributors such as Sass Brown, author of the book “Eco Fashion”, were more interested in championing those who have adapted existing commercial models to a more sustainable model. Brown championed a range of companies that she felt were exploding the myth that sustainable design is bad design, or just basic design. Through highlighting the range of companies producing desirable and well-designed apparel, she felt that she was part of a general shift in the ethical outlook of consumer culture. Luisa Collina meanwhile addressed the way in which design students, professors, researchers and institutions can shape a more sustainable future. Collina explored new methods for the dissemination and valorisation of the best ideas and solutions for issues relating to sustainability.

Happiness is many things to many different people. To Julian Schnabel it is clearly the idea of ceaseless creativity that leads – sometimes inadvertently – to happiness. If Schnabel’s philosophy is that there is no past or future, but an endless present, then his art becomes a means of simultaneously existing in as many places as possible. Happiness for him is the bi-product of multiple acts of creativity. Separating where creativity ends and happiness begins is difficult to describe, as chef Carlo Cracco found. Alberto Alessi meanwhile used the history of his company to challenge our notions of what is serious and what makes us happy. No architect or designer can have made an object designed to simply make people happy as successfully as Aldo Rossi’s designs for La Conica produced by Alessi. To find happiness a degree of mischief is helpful. Both Edson Matsuo and Elio Fiorucci clearly see joy as a motivating force in both creating and consuming; buying things can make you happy! 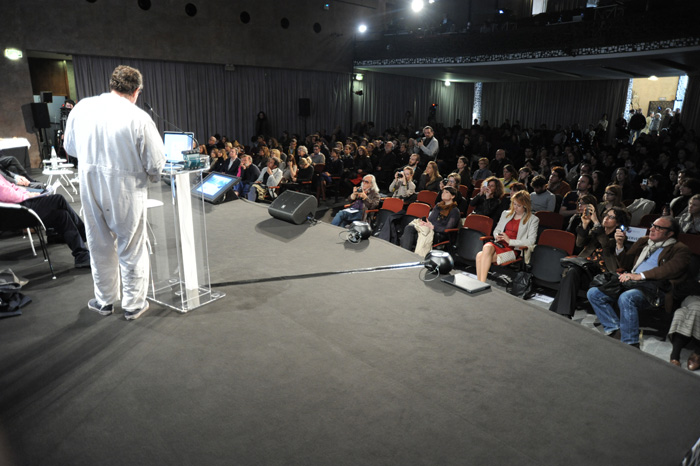 For Vladimir Pirojkov happiness was a concept he understood in relation to design through his own personal experience. Having worked in the car industry, designing the interiors of the Prius and Yarus for Toyota amongst a host of other roles in the automobile sector, he explained he was driven into the aeronautical sector through understanding he was dissatisfied with what he was doing. In doing so he has arrived at a proposal for a combined car and plane vehicle. Happiness may be hard to attain but the meaningful pursuit of it leads us on to creativity and surpassing ourselves.

What makes something unique and universal drew an even greater variety of responses. Ilse Crawford gave the example of her interior strategy for the Fogo Island Inn in Newfoundland. Briefed to both represent the hitherto unknown craft culture of the area but also draw in international visitors to the island, the Inn became a space to firstly represent and develop an informal indigenous craft culture – patchwork quilts and hard furniture – through the help of international designers, and secondly to create an interior ensemble designed to attract visitors from far and wide. In her model the designer becomes an intermediary between the local and the universal. In her own way Paolo Navone is doing a similar thing. Although the interface between the unique and the universal to her was the way in which the individual assembles objects from around the world in their own way. In a similar way Daniel Rozensztroch, her fellow contributor, takes her work and adds it to the ensemble of the Merci Paris store of which he is art director and where Navone sells. 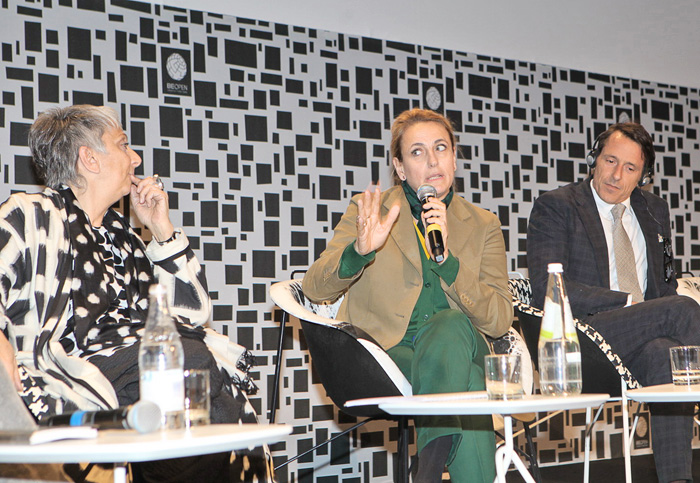 For Gaetano Pesce the conference was a chance to re-affirm his faith in the direction of Italy as a home for design. Pesce who has questioned the existence of Italian Design in the past, has clearly realised that the approach of the Italians to material production is unique, affirmed its role in an international context. For Stuart Parr, the unique was itself an opportunity. Rather than being a product of a specific place for him the unique was the great idea; the Hasselblad camera, the Rietveld Chair, the first Thonet bentwood chair. What makes a unique object universal, is the manner in which it addresses a need and subsequently succeeds. Whilst things have changed a great deal the skill of the designer is the same as it always was.