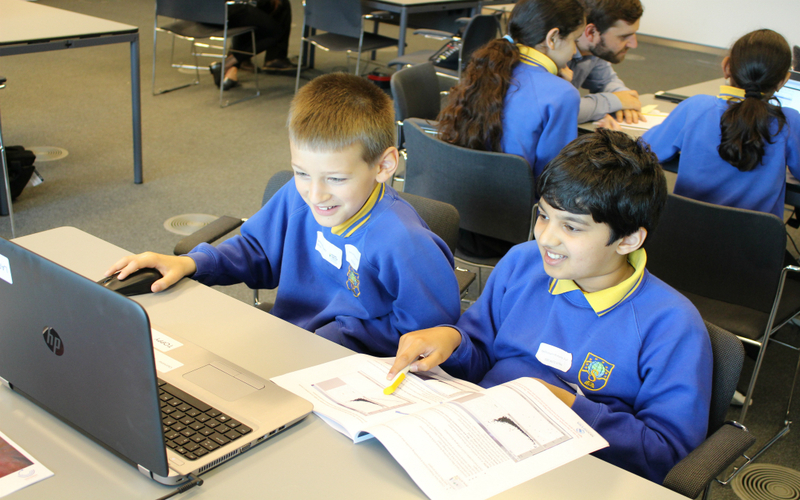 Students from 15 London schools are set to search for as yet undiscovered stars as part of the Mayor’s Fund for London Discovery in a Week initiative. More than 20 London schools have already been involved into the project.

The scientific project, designed by Noosphere – the charitable organisation founded by Russian philanthropist Elena Baturina – in association with the Mayor’s Fund for London and supported by the BE OPEN creative think tank, is devised to introduce young people from across London to the fascinating world of astronomy.

The Discovery in a Week projects bring together PHD astronomy under-graduates from the UCL’s Physics and Astronomy department to mentor London primary and secondary school pupils. The London children are also joined by pupils from Moscow, and professional astronomers, to discuss and exchange thoughts and ideas during weekly Skype conferences.

As part of the programme, there are three showcase Discovery Days – May 19, June 8 and June 30th running at City Hall, when selected children from the London schools will work together to learn more about astronomy and look for new stars by analysing pictures produced by a powerful telescope in Australia.

Said Ms Elena Baturina: “Discovery in a Week is a project that not only introduces young people to the fascinating world of astronomy, but by producing real scientific results, gives them a rewarding educational experience that broadens their intellectual horizons, while fostering a keen interest in scientific research to last for years to come.

“Last year’s Discovery in a Week project identified four new stars, which are now officially named after pupils from the Hammersmith Academy who discovered them: Reynolds V1, Hamed V1, Mousa V1 and Mousa V2. The findings are recorded in the International Variable Star Index, where they are classified as W Ursae Majoris eclipsing binary variable stars in the Centaurus constellation. All the young astronomers have received certificates from the International Astronomical Registry documenting their stars.

“We are absolutely delighted that so many London schools are now taking part in the project – one which we feel is instrumental in promoting astronomy amongst school children and helping them to take a first step in potentially selecting it as a future career.”

Since 2008 Noosphere has been implementing its educational projects across Russia, India, Bulgaria, Romania and Austria.