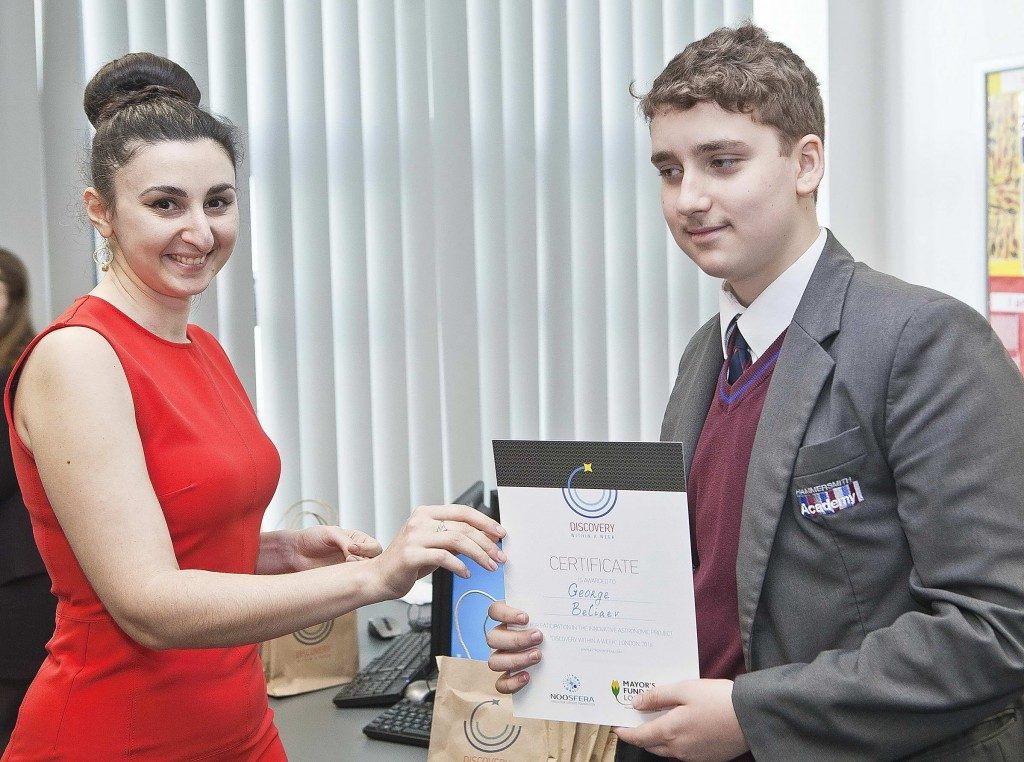 The number of schools signing up to participate in the astronomical educational project ‘Discovery in a Week’, developed by Russian humanitarian foundation ‘Noosphere’ in cooperation with the Mayor’s Fund for London is increasing, and till the end of the year the number of schools involved will exceed 20.

‘Discovery in a Week’ is a project that not just introduces young people to the fascinating world of astronomy, but by producing real scientific results gives them a rewarding educational experience that broadens their intellectual horizons, while fostering a keen interest in scientific research to last for years to come.

The stars discovered by children will be recorded in the International Variable Star Index, while the coordinates of the asteroids detected will be sent to the Minor Planet Center at the Smithsonian Astrophysical Observatory. During the pilot launch of the programme only, the students at Hammersmith and UCL Academies identified 9 new variable stars in the Centaurus and Libra constellations. All the stars discovered are now officially named after their young discoverers.

Elena Baturina, Founder of ‘Noosphere’, said: “We are very excited that more and more schools join the ‘Discovery in a Week’ project. Over 10 years, we have implemented a variety of projects aimed at bringing people together, improving understanding and promoting freedom of thought. And we hope that looking at the sky will encourage younger generations to think globally, approach the world with an informed, open and universal perspective”.