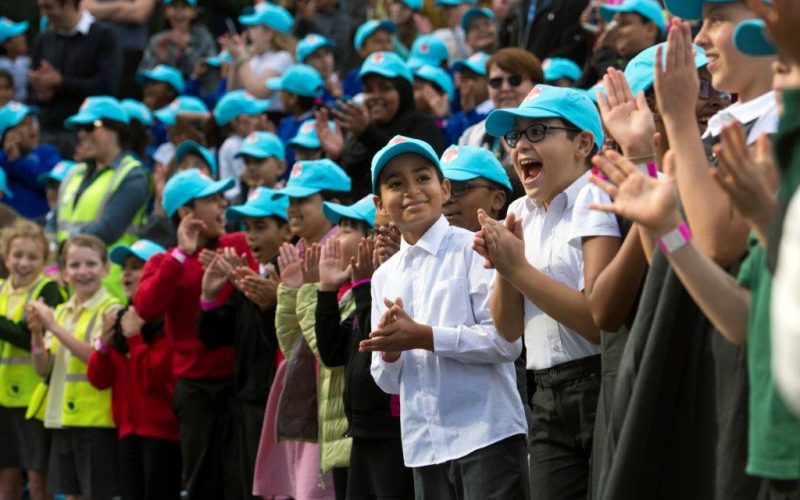 Three years ago, in March 2016, BE OPEN and the Mayor’s Fund for London announced their first joined project. Since that time the cooperation between the two foundations has benefitted thousands of younger people across London.

The first MFL’s programme supported by BE OPEN was ‘Creativity Works’.  It was designed to improve access to employment for young Londoners from disadvantaged backgrounds. The initiative provides a major boost to 16-24 year-olds across the city in the arts sector, benefitting young people through transferable skills, with the ultimate purpose to help them find a job or return to education or training. It uses the creative industries to increase confidence, skills and employability, offering personal development projects across fashion, film, music, digital multimedia, community arts and product design. It is an ongoing programme.

Same year, the MFL and BE OPEN launched ‘London Curriculum’ for primary schools, an educational initiative set to revitalise teaching and learning across the city. Tailor-made specifically for primary school children, and spanning a range of arts and science disciplines, this programme aimed to reinvigorate core academic subjects with a local dimension, reverting to London as a source of inspiration. This not only affords children the perspective to approach unfamiliar subjects through a familiar point of reference, it also enriches their knowledge and appreciation for the global significance of their home city.

In 2017, the City Pitch Leadership Programme launched across secondary and primary London schools. It offered hundreds of schoolchildren the chance to develop important leadership, teamwork, planning and presentational skills. By tasking children with conceiving and developing a community business idea and then pitching it at City Hall to a ‘Dragon’s Den’ style panel in a bid for essential funding, City Pitch aimed to encourage and help young Londoners step up as leaders, learn new skills and make a real difference in their communities. All projects presented tangible ideas to make London an even better place to live for the next generation. Every school was awarded £1,500 to develop and get their ideas off the ground, along with sound advice from the panel.

The MFL and BE OPEN has also had two children’s’ festivals at City Hall to celebrate their achievements in the programmes above. At one of the celebrations, Children’s Commissioner for England Anne Longfield, OBE, said: “It’s so important that children have a voice and are heard by the policy and law makers in the UK who make decisions about them… This puts young people into decision-making positions and encourages organisations and businesses to hear what they have to say.”

On the same occasion, Joanne McCartney, Deputy Mayor of London, thanked BE OPEN and its founder Elena Baturina for support, and said, ”London schools outperform those from other parts of the country with some of our most deprived areas providing good education, employment opportunities and housing for their most disadvantaged residents. I’m very proud of that and of all the hard work put in by teachers, students, their families and supporters. And also of the boroughs, community organisations and charities…that help children realise the potential a global city like London has to offer. But there’s much more to be done and we won’t rest until every child in London has the opportunity to make the most of their potential. That’s why activities like the London Children’s Festival are so important.”

Elena Baturina, Mayor’s Fund for London Trustee and Founder of BE OPEN, said: “We are honoured and excited to have been working with the Mayor’s fund on so many amazing initiatives that help young people have their say in shaping the future. At BE OPEN we genuinely believe in the transformational potential of younger generations. The whole ethos of BE OPEN is about inspiring and encouraging people to find creative ways of improving their environments, helping them to make a real change to our lives.”