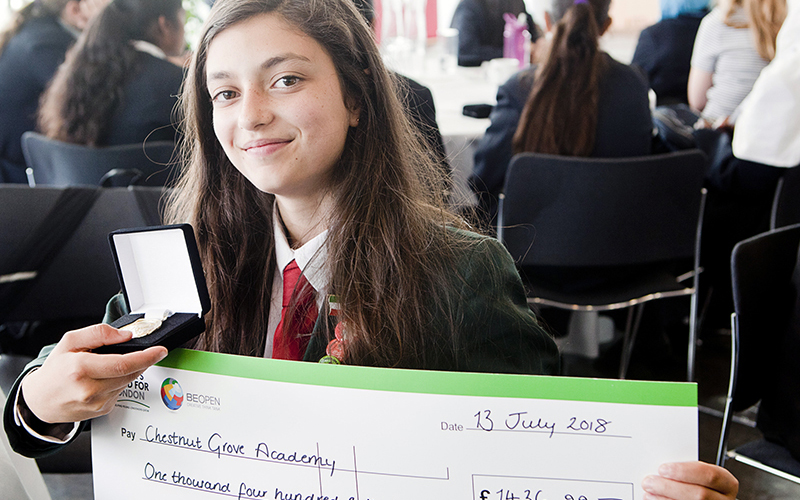 Secondary school pupils from six London schools impressed a panel of business and charity heads with their community-spirited ideas at City Hall in the finale of this academic year’s City Pitch programme.

Organised by the Mayor’s Fund for London and BE OPEN, the international think-tank founded by Russian entrepreneur and philanthropist Elena Baturina, City Pitch encourages and helps young Londoners to learn new skills, while making a real difference in their communities.

Students from schools across the capital devised socially-minded enterprises, with the final six chosen to pitch their ideas to the Dragon’s Den-style line-up comprising MFL Chief Executive Matthew Patten, Olga Luzhkova of BE OPEN, Trudy Killcullen of the Jack Petchey Foundation, Jamie McCloskey of snack brand Love Corn and Bilal Khan of the charity and youth empowerment movement WE.

The judges were so impressed with the ideas and presentation skills of each school that they handed out the full £1,500 of funding to every team. The six schools and projects were:

Says BE OPEN’s founder Elena Baturina: “With the encouragement to think about the world around them and the freedom to develop their own ideas about how to deal with life’s challenges, young people prove time and again that as the business and community leaders of tomorrow the future is safe in their hands. The ideas put forward by these schools are excellent projects and deserve to be brought to life.”