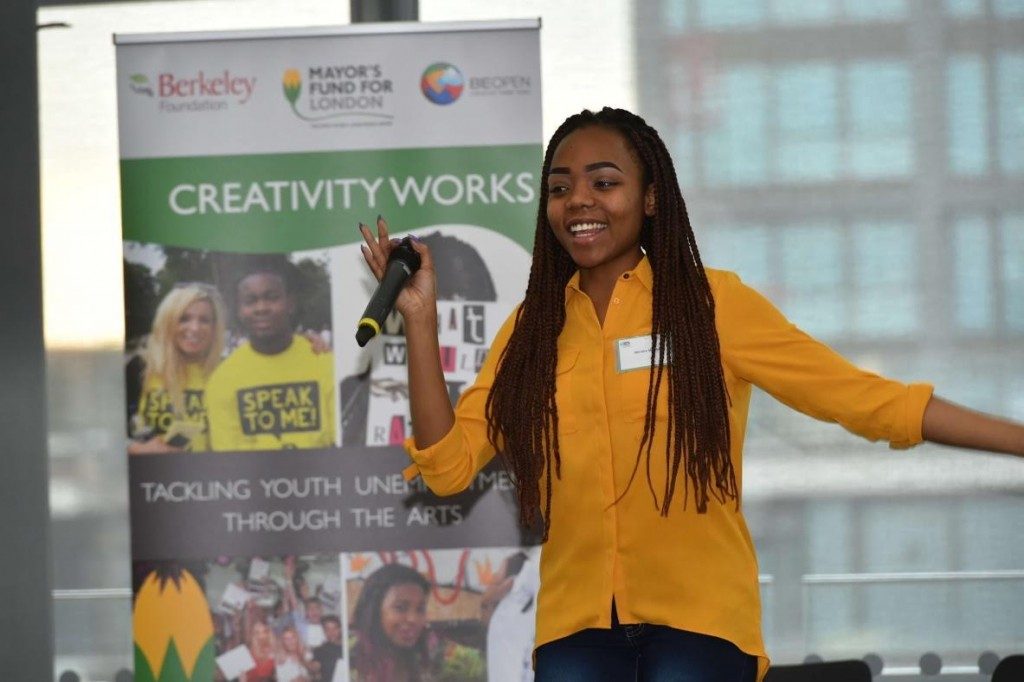 The Mayor’s Fund for London, in partnership with BE OPEN and Berkeley Foundation, hosted a breakfast seminar at City Hall on 25th February titled: Creativity Works ‘Igniting inspiration for young Londoners’.

Professionals from the youth employment and youth arts sectors, potential employers, local government representatives and young participants gathered to share lessons learned and explore how through targeted advice and guidance more young people can be brought into meaningful engagement with the creative and cultural sector. There was overwhelming support in the room for the continued efforts of initiatives like Creativity Works and the great results they are producing, and a call for more arts organisations to get involved.

Launched in 2014, Creativity Works is aimed at 17-24-year-old Londoners and helps them play a greater part in the future of the capital through developing transferrable skills learned in the arts sector and raising confidence and self-belief. The project is supported by BE OPEN Founder Elena Baturina.