BE OPEN to the Future Talk

During Milan Design Week, leading thinkers, artists, architects, philosophers and designers were invited by BE OPEN to come together, creating a vital mix of the worlds of design and business.

They were presented with topics for discussion that related to current and future social, environmental and economic needs. Conferences were open to the public and filmed for dissemination via the web, so that the topics discussed and ideas generated could have a life beyond the initial meetings.

The umbrella theme of the inaugural BE OPEN events at the Design Week of Milan / FuoriSalone in 2012 was “Be open to the future”. The three BE OPEN conferences were organized in partnership with INTERNI magazine and they ran at Aula Magna of Universita degli Studi di Milano on April 17th, 18th and 19th.

Each conference had a specific transversal theme to be reflected on by a panel of international figures from cultural, business, innovation and project-related sectors. BE OPEN conferences allowed a glimpse into the future, in line with the INTERNI Legacy project which offered a perspective on socio-cultural phenomena.

BE OPEN conferences were presented and coordinated by the well known sociologist and writer Francesco Morace (Future Concept Lab) and the high profile speakers  involved. 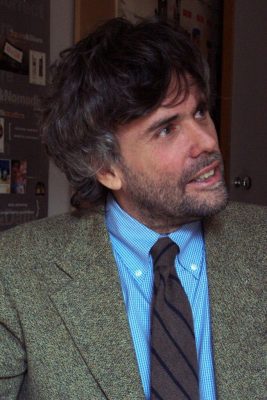 Sociologist, journalist and author of over 20 books translated into various languages, ranging in subject from trends in consumption to social change. Founder of a Research and Strategic Institute – Future Concept Lab (1989). Mr. Morace is also Professor at Domus Academy and Milan’s Politecnico. He has participated in conventions and seminars in 22 countries worldwide.

Among the most important titles by Francesco Morace, released in 2010 are Verità e Bellezza (‘Veracity & Beauty’) и Il Talento dell’Impresa: L’Impronta Rinascimentale in dieci aziende italiane (‘Talent of Enpterprise: Renaissance Traces across 10 Italian Companies’). Francesco Morace is a regular columnist for Adv, Interni, Mark Up and other special focus international magazines and journals. He also has a daily blog called “Previsioni e Sentimenti” on the Sole 24 Ore Nova online edition.