“My interpretation of Waldes Et Spol is linked to the Bohemian roots of the brand going back to the early 1900’s.

Prague, the Bohemian capital, was a very exciting cultural city with close links to Vienna and Paris. This was a time of change: the new century was welcomed by Art Nouveau, the Vienna Secession was blooming and intellectual life was buoyant in the cafés of Prague.” 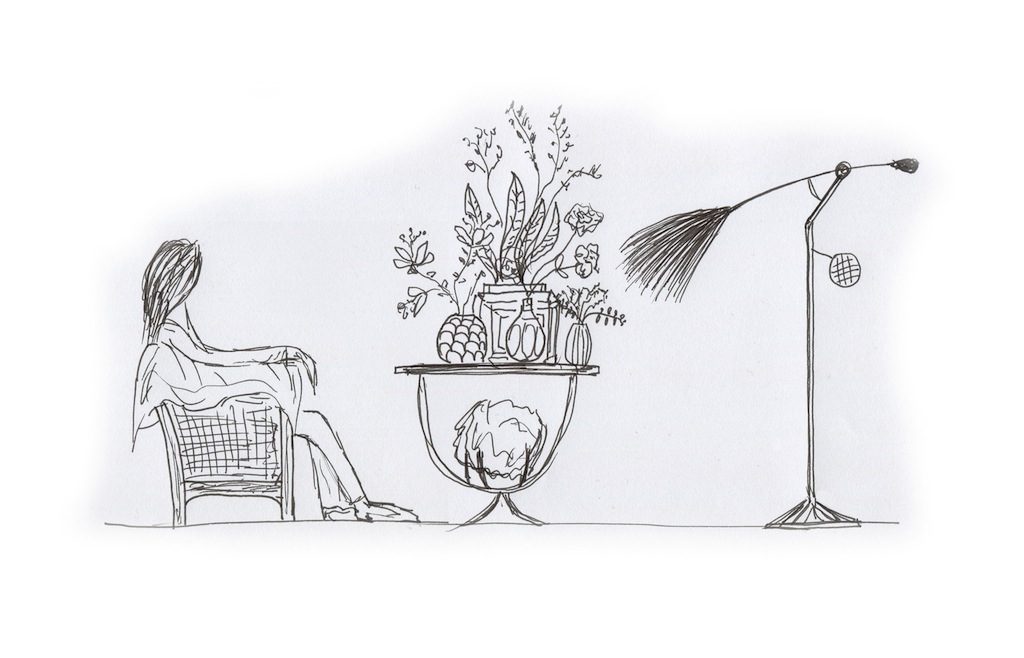 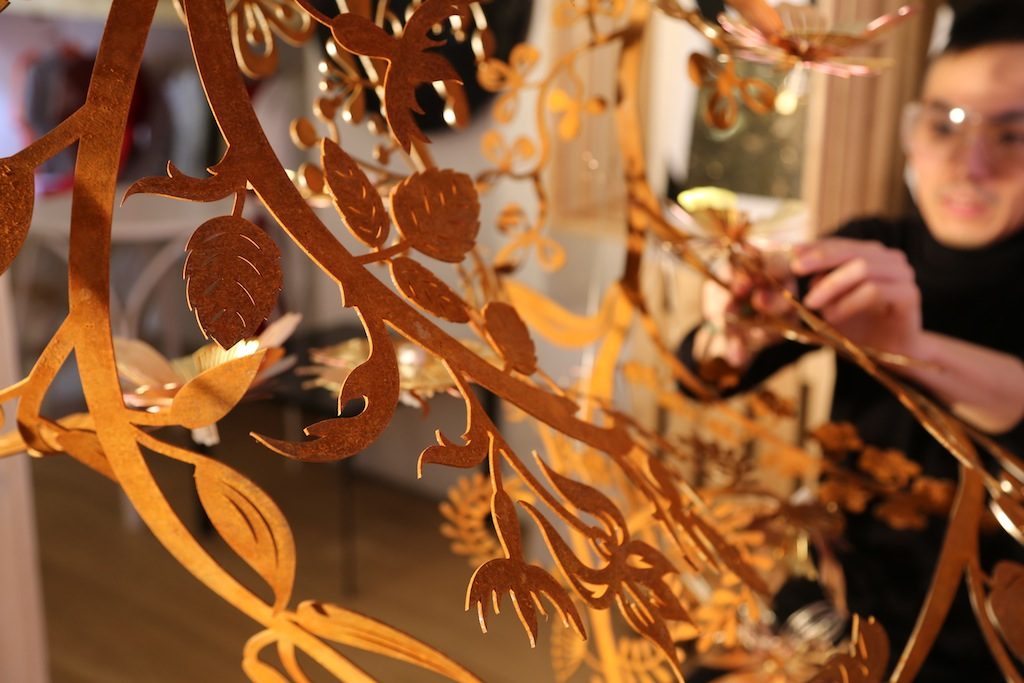 Modern ideas changed the way the world was perceived. One of the main agents of change was Sigmund Freud’s radical new understanding of the human psychology.

The presentation of Waldes Et Spol is a contemporary interpretation of this origin, and an opportunity to reinvent the brand with the launch of a concept for a new scent product where scent is a dynamic, living system. Silent fans gently wave the air through a collection of aromatic plants, creating a subtly scented environment.

The installation in the pavilion is staged as a living space with a warm, romantic, lush bohemian atmosphere.

This deconstructed organic system to create scent is inspired by the early 20th century’s radical new way of looking at beauty.

Seeing beauty as something natural, coming from the inside as well as the outside, built up of many complex influences like the human psyche. The elements in the pavilion are supporting elements in this story. 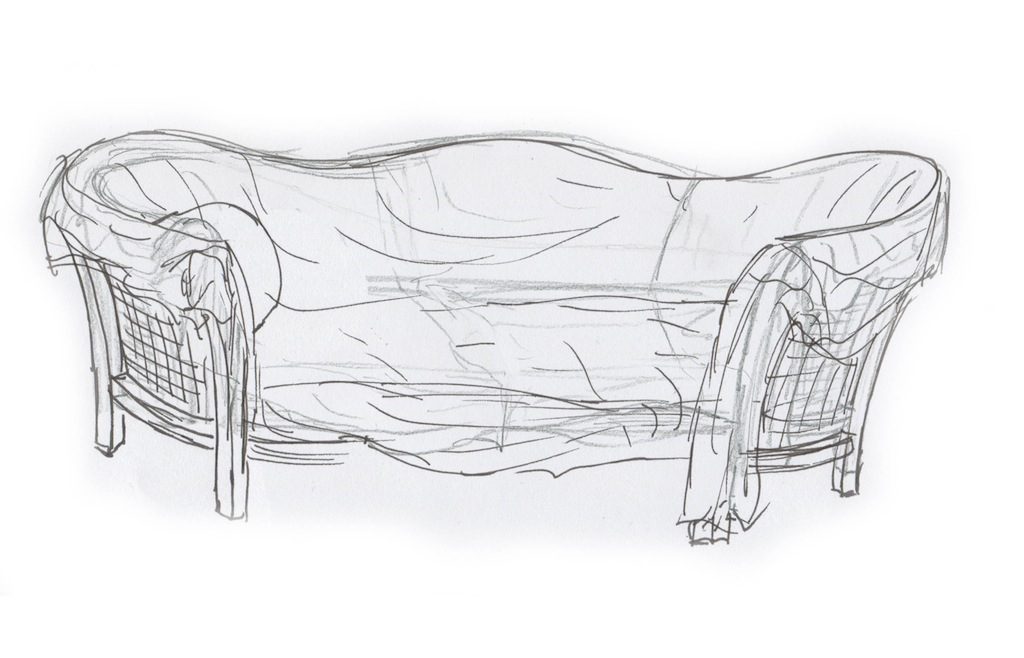 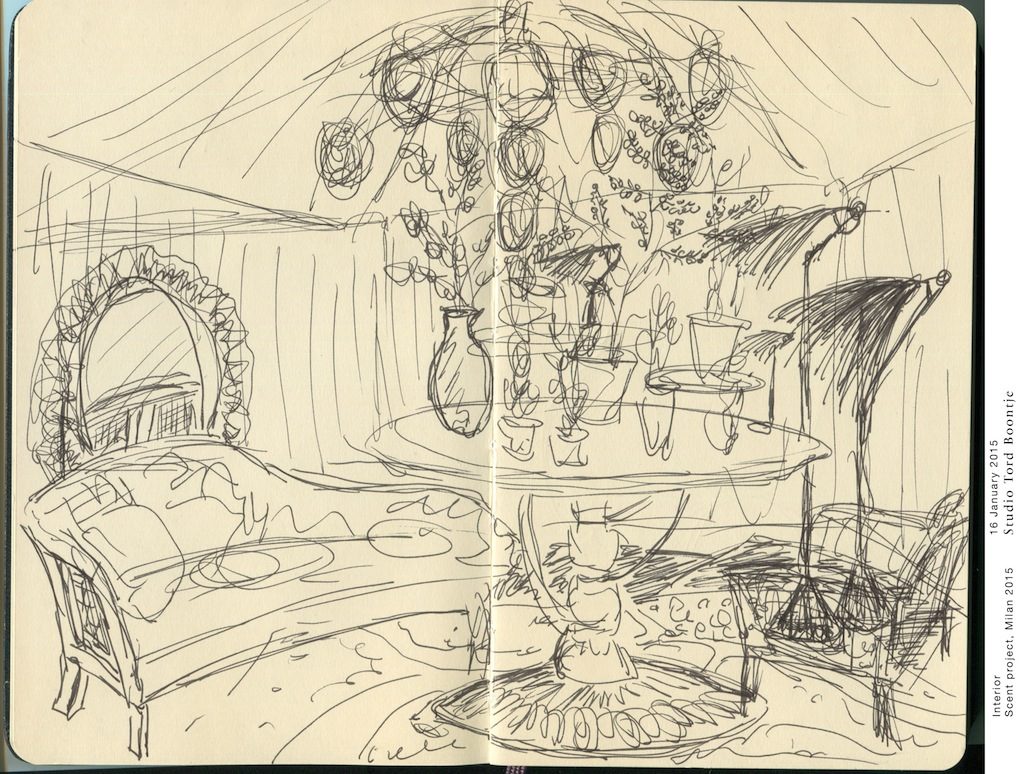 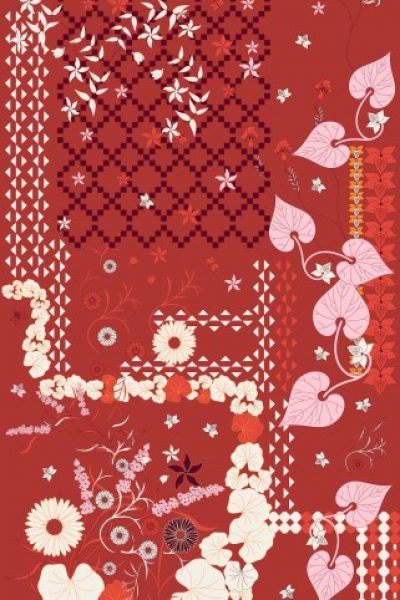 As in Sigmund Freud’s office, we find a sofa and armchair (partially exposed to show the wooden construction that is normally hidden inside the furniture), alongside rugs with symbolic patterns related to Bohemian culture as well as depicting aromatic plants. Tables are balanced by heavy loads of unpolished marble. The fans are a hybrid between a machine and natural leaf-like shapes. Plant pots and vases are exquisitely delicate, as if these were flacons made by a perfumery.”

Fragrance: ‘Original beauty’
Lying on a light wood sofa, bergamot remembers its childhood in the gardens of Prague where a multitude of violets and jasmines adorn the city.

The soft perfume of coriander and oak musk recounts the memories of its bohemian life between Vienna and Paris, where female beauty was being reinvented, under the timeless and amused eye of the Rose. 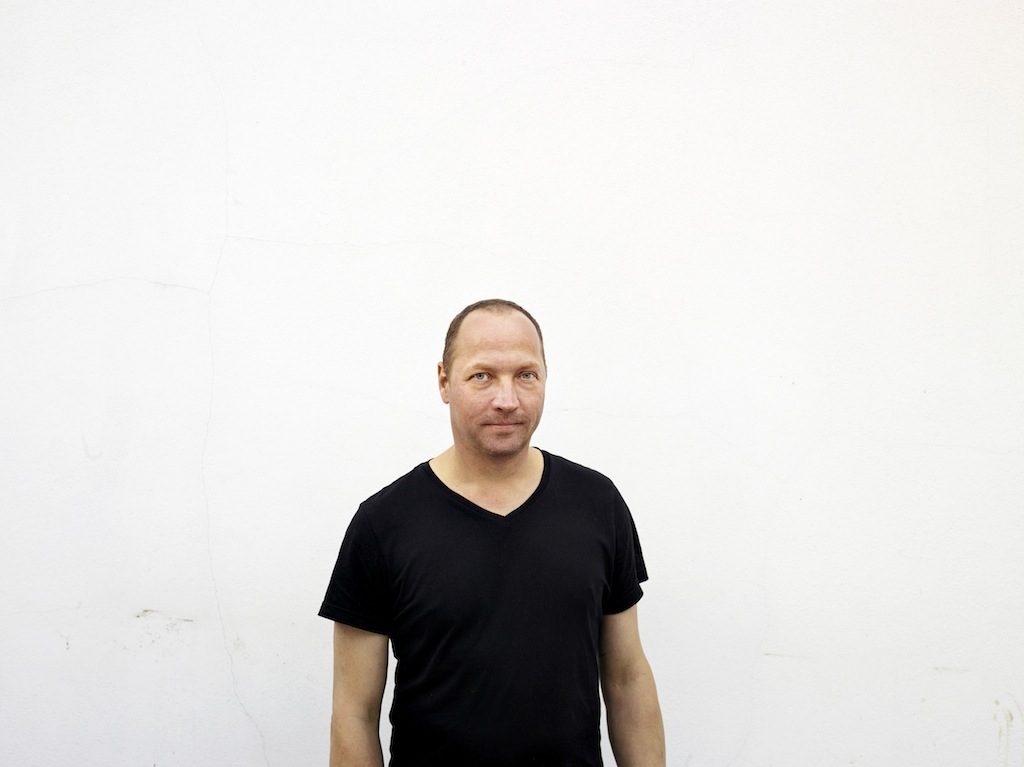 Born in The Netherlands in 1968. His education at the Eindhoven Design Academy, class of 1991, and the Royal College of Art London, graduate of 1994, set the foundation for Studio Tord Boontje. By 2002 the unique Garland light for Habitat was a widely recognised and distributed product and the articulate and beautiful Blossom chandelier for Swarovski was making waves; but it was an installation Happy Ever After created in the Moroso showroom during the 2004 Milan Salone that sent the international media into a frenzy. It established that the Studio’s work draws from a belief that modernism does not mean minimalism, that contemporary does not forsake tradition, and that technology does not abandon people and senses. Since 2005 Tord Boontje has worked with a range of international companies such as Shiseido, Yamaha, Hewlett Packard, Bisazza, Target, Philips, Kvadrat, Alexander McQueen, Perrier-Jouët, Nanimarquina, Artecnica, Authentics, Meta, Formani and has continued his work with Swarovski, Moroso, and Habitat. The work can be found in major collections such as the Victoria and Albert Museum, MoMA and Cooper-Hewitt museum in New York, the Design Museum and Tate Modern in London.